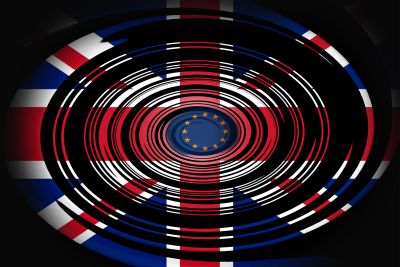 Decision of the United Kingdom to exit the European Union

On 23 June 2016 the UK citizens voted to leave the European Union. The vote followed intense negotiations of a deal which would strengthen Britain's special status in the EU.

On 29 March 2017, the United Kingdom notified the European Council of its intention to leave the European Union, in accordance with Article 50 of the Treaty on European Union. This triggered the start of a two-year negotiation, also known as the Article 50 process. The objective of the negotiations was to agree the terms of the UK’s departure from the EU in an orderly manner.

The Withdrawal Agreement established the terms of the UK’s departure from the EU. It ensures that the withdrawal happens in an orderly manner and offers legal certainty once the Treaties and EU law cease to apply to the UK. The Withdrawal Agreement covers all elements of the UK’s withdrawal from the EU including citizens’ rights, the financial settlement, a Protocol on Ireland and Northern Ireland, a transition period (1/2/2020-31/12/2020), Protocols on Gibraltar and Cyprus, as well as a range of other separation issues.

On 14 November 2018, the European Commission and United Kingdom reached an agreement at the negotiators’ level on the entirety of the Withdrawal Agreement and on an outline of the Political Declaration on the future EU-UK relationship. On 25 November 2018, the European Council endorsed the Withdrawal Agreement and approved the Political Declaration setting out the framework for the future relationship.

At the European Council (Art. 50) on 21 March, the EU27 leaders offered a Brexit extension until 22 May 2019.  It would be granted if the UK Parliament approved the Withdrawal Agreement by the following week. If it did not, the EU leaders agreed to delay Brexit until 12 April 2019, expecting the UK to "indicate a way forward before this date".

At the special summit on 10 April EU leaders agreed an extension of Article 50 until the end of October 2019. If the withdrawal agreement would be ratified by both sides earlier, the UK would leave on the first day of the following month, leaders said. The decision was taken in agreement with the UK.

On 17 October 2019, the European Council, in an EU 27 format, endorsed the revised text of the Withdrawal Agreement and approved the revised Political Declaration on the future relationship between the EU and the UK, that were agreed on 17 October 2019 at the level of EU and UK negotiators. This deal would allow an orderly departure of the United Kingdom from the European Union.

The British Parliament and the European Parliament ratified the revised Withdrawal Agreement prior to the deadline of the 31st January 2020, thus the UK left the EU on the 1st of February 2020 as foreseen by the Agreement.  This was followed by a transition period, which will last until 31 December 2020. During this period, the UK remains part of the Customs Union and the single market, therefore, all EU rules and regulations will continue to apply to the UK. Virtually nothing will change for businesses or for citizens.

The Withdrawal Agreement entered into force on 1 February 2020, after having been agreed on 17 October 2019, together with the Political Declaration setting the framework of the future EU-UK partnership. The Withdrawal Agreement is legally binding for the two signatory sides in its entirety, including its 3 Protocols. Its application is not dependent to the result of the negotiations between the EU and the UK on an Agreement on their Future Relationship.

The EU attaches great importance to the M-S preparedness for the changes that will inevitably happen after the end of the transition period, as of the 1/1/2021. These changes will happen because of the UK’s withdrawal from the Customs Union and the common EU market. Therefore, the EU Commission has issued a large series of Notices on Preparedness, which guide and coordinate M-S’s measures/actions with regards to a vast number of issues, in view of the aforementioned changes.

At the same time, because of the uncertainty vis-à-vis the negotiations for the Future Relationship between the EU and the UK, the EU Commission started issuing as of 10 December 2020, a set of targeted contingency measures ensuring basic reciprocal air and road connectivity between the EU and the UK, as well as allowing for the possibility of reciprocal fishing access by EU and UK vessels to each other's waters. The aim of these contingency measures is to cater for the period during which there is no agreement in place. If no agreement enters into application, they will end after a fixed period. While a “no-deal” scenario will cause disruptions in many areas, some sectors would be disproportionately affected due to a lack of appropriate fall-back solutions and because in some sectors, stakeholders cannot themselves take mitigating measures.